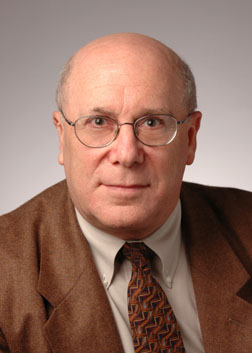 In a January 14th press release, The Federation of Associations in Behavioral and Brain Sciences welcomed Philip Rubin, Ph.D., as he began his term as President of the FABBS Board.

Dr. Rubin is the Chief Executive Officer emeritus and a former Senior Scientist at Haskins Laboratories, where he is currently a member of the Board of Directors. His research combines computational, engineering, linguistic, physiological, and psychological approaches to study, primarily, the biological bases of speech and language. Rubin is a Professor Adjunct in the Department of Surgery, Otolaryngology, at the Yale University School of Medicine, a Research Affiliate in the Department of Psychology at Yale University, a Fellow at Yale’s Trumbull College, and a Trustee of the University of Connecticut. He received his undergraduate degree from Brandeis University and his Ph.D. in experimental psychology from the University of Connecticut.

From 2000-2003, Rubin served as the Director of the Division of Behavioral and Cognitive Sciences at the National Science Foundation. From 2012-2015, he worked in the Office of Science and Technology Policy (OSTP) in the Executive Office of the President of the United States, first as Assistant Director for Social, Behavioral, and Economic Sciences and later as Principal Assistant Director for Science. During that time, Dr. Rubin also led the White House neuroscience initiative, co-chaired the National Science and Technology Council (NSTC) Committee on Science, and served as a Senior Advisor to the Social, Behavioral, and Economic Sciences Directorate at the National Science Foundation.

The Federation of Associations in Behavioral and Brain Sciences is a coalition of scientific societies and university departments that share a commitment to advancing the sciences of mind,  brain, and behavior.