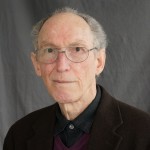 Senior Scientist, Haskins Laboratories
Professor Emeritus, Department of Psychology, University of Connecticut
Leonard Katz (1938-2017) was an American experimental psychologist, born in Boston, Massachusetts. He was a Professor of Psychology at the University of Connecticut from 1994 and Professor Emeritus until 2017. He was a Senior Scientist at Haskins Laboratories from 1974 and a Fellow of the American Association for the Advancement of Science and the Association for Psychological Science. In the late 1960s, he applied the emerging concepts and experimental techniques of the new cognitive psychology to study children’s reading. In 1974 he joined Haskins Laboratories, where he collaborated with Isabelle Liberman, Donald Shankweiler, and others in the Haskins program that studied the relationships between speech and reading, particularly the idea that phonological awareness of speech is instrumental in developing skilled reading. His early work studied the cognitive processes involved in reading English but soon was extended to include studies of reading in other alphabetic writing systems (French, Spanish, Turkish, Russian, Serbian, Hebrew, Korean) and a nonalphabetic system (Chinese). With R. Frost, he developed the Orthographic Depth Hypothesis (ODH) to explain printed word reading. The ODH accounted for the cognitive processing balance between letter decoding and the processing of larger text clusters as a function of the degree of isomorphism between a writing system’s letters and phonemes.
By the 1990s, he was a member of teams (led by Bennett and Sally Shaywitz at Yale and Ken Pugh at Yale and Haskins) that utilized brain-scan data from MRI, fMRI, and MRS to study reading. That work, together with the work of many other researchers, established the outlines of the brain’s mechanisms involved in processing printed words.